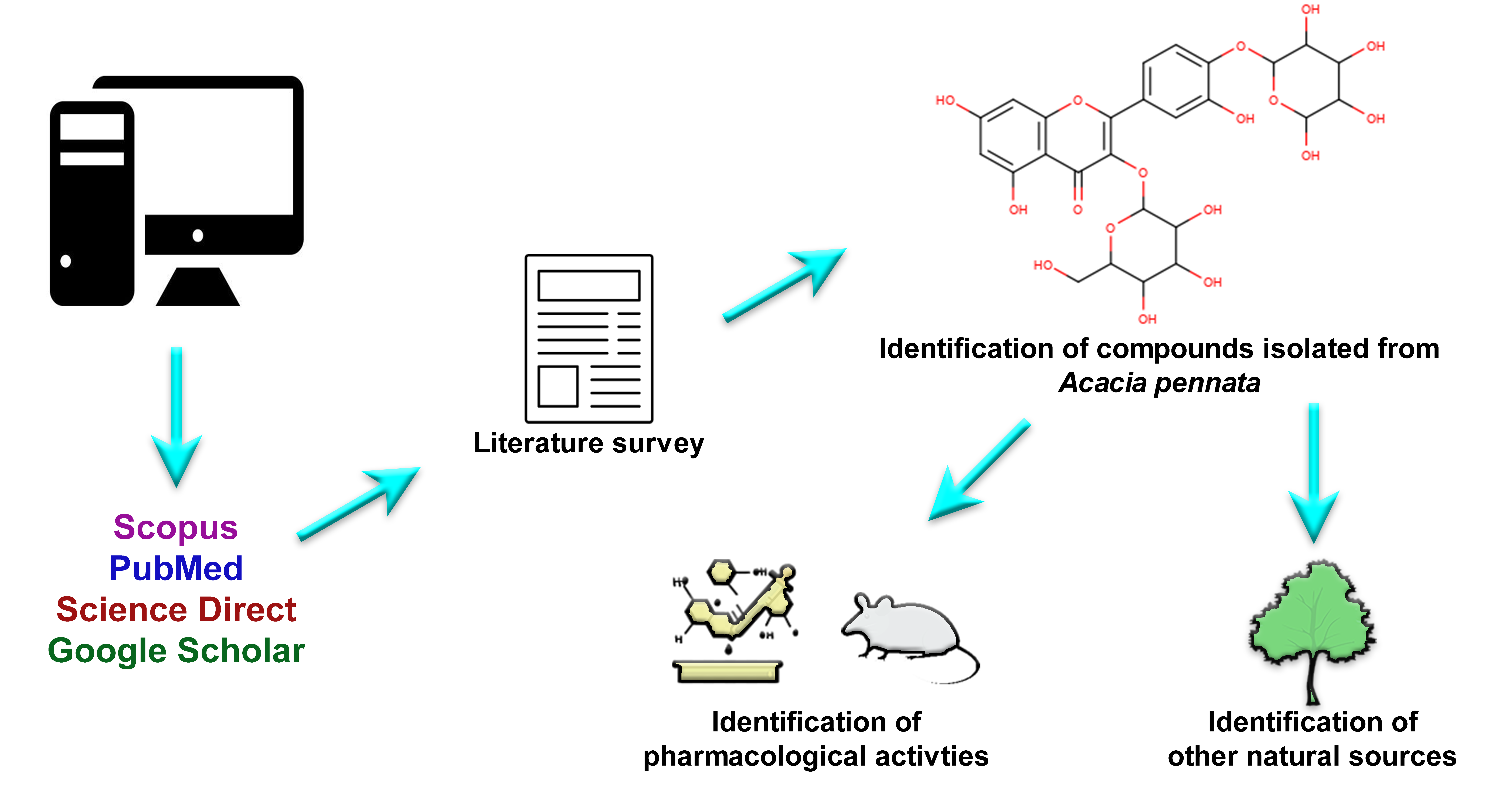 Latest Articles from Sciences of Phytochemistry

This article is licensed under the Creative Commons Attribution (CC BY) 4.0 International License.

Bioactive compounds (BACs) are naturally occurring substances with pharmacological activity (1,2). Some BACs isolated from plants such as quinine, aspirin, digoxin, reserpine, vinblastine, atropine, colchicine, artemisinin, ephedrine, morphine, pilocarpine, physostigmine, taxol, quinidine, tubocurarine, and vincristine are some examples of BACs that are currently used as pharmaceutical drugs in the modern system of medicine (3). Notably, 1/5th of all the identified plants are employed in pharmaceutical studies and positively impact the healthcare system (4). The medicinal value of a plant is attributed to the presence of BACs (3). From this, it can be deciphered that the healthcare system benefits from BACs capable of eliciting the desired therapeutic actions.

The nutritive values, vegetative values, medicinal properties, and pharmacological activities of Acacia pennata (L.) Willd. is well documented (5). Studies have also reported the presence of different classes of BACs as well as the isolation of multiple BACs from A. pennata (5,6). A. pennata is distributed in India, Myanmar, Bangladesh, Bhutan, Sri Lanka, Thailand, Vietnam, and Southwest China (5,7). The edible parts are consumed as a vegetable in India (in Mizoram, Nagaland, and Karnataka) and Thailand. The tribe of Dimasa and Karbi utilize A. pennata to prepare a local tribal wine and rice beer, respectively. Studies have also reported the presence of carbohydrates, fats, proteins, free amino acids, fibre, sodium, calcium, potassium, magnesium, zinc, iron, nitrogen, phosphorus, copper, manganese, selenium, vitamin A, vitamin B1, vitamin B2, vitamin B3 and vitamin C in A. pennata (5).

An online literature survey was carried out on databases like Scopus, PubMed, Science Direct, and Google Scholar. Whenever appropriate, the PubChem database was also referred to. Keywords such as ‘Acacia pennata’, ‘isolated compound’, and ‘pharmacological activity’ were used alone or in combination to search relevant articles. A total of 52 articles published between 1980 and 2020 were collected as they contained significant information to our satisfaction. The chemical class of each isolated compound was identified from the collected articles or the PubChem database. Other phytochemicals that were identified as present in A. pennata using chromatographic-spectroscopic techniques without any information on their isolation were not included in the review. To prevent any presentation of false information on the research gaps concerning the pharmacological activity of the compounds isolated from A. pennata, the pharmacological activities of all the similar compounds isolated from other plants were also identified and included in the review. The chemical structures were drawn with the Marvin Sketch v20.10 software. The correctness of the chemical structures was checked using the ‘Structure checker’ add-in of the Marvin Sketch software. The graphical abstract and figures were prepared with Adobe Photoshop CC 2017.

3. Pharmacological activities of the BACs isolated from A. pennata

Figure 1 Chemical structures of the compounds isolated from A. pennata

Quercetin-3-O-β-D-glucopyranoside (C23) is a flavonoid-glycoside reported to be isolated from the aerial parts of A. pennata (15). C23 showed in vitro (EC50 = 5.3 µM; EC90 = 9.3 µM) and in vivo (BALB/c or C57BL/6 mice model) inhibitory activity against the Ebola virus (32). C23 showed weak antimicrobial activity against various gram-positive bacteria, gram-negative bacteria, and fungi (minimum inhibitory concentration and IC50 value against different microbes ranged from 100 to >400 µg/ml and from 99.72 to 167.61 µg/ml, respectively). With IC50 values of 82.55 and 97.52 µg/ml, C23 showed antioxidant activities against DPPH free radicals and β-carotene bleaching respectively (33).

Chrysin-7-O-β-D-glucopyranoside (C25) is a flavonoid-glycoside reported to be isolated from the aerial parts of A. pennata (15). C25 showed weak antimicrobial activity against various gram-positive bacteria, gram-negative bacteria, and fungi (minimum inhibitory concentration and IC50 value against different microbes ranged from 150 to >400 µg/ml and from 109.27 to 293.67 µg/ml, respectively). With IC50 values of 102.35 and 140.48 µg/ml, C25 showed an antioxidant activity against DPPH free radicals and β-carotene bleaching, respectively (33). C25 exhibits hypotensive and diuretic activities. C25 increases the α-transcriptional action in MCF-7 cells. C25 inhibits the growth of Acinetobacter baumannii by 10 mm at 0.001 mg/ml. C25 inhibits α-glucosidase activity by 70% and 90% at 0.05 and 0.1 mg/ml respectively (39). A molecular docking simulation study showed the potential to inhibit nicotinamide phosphor ribosyl transferase in human colon cancer cells (40).

4. Alternate natural sources of BACs isolated from A. pennata

Quercetin-3-O-β-D-glucopyranoside was also reported to be isolated from the leaves of Azadirachta indica. At 500 µg/disc, the ethyl acetate extract of A. indica showed a zone of inhibition ranging from 06–10 mm against various gram-positive bacteria, gram-negative bacteria, and fungi. Hexane, butanol, and ethyl acetate extract of A. indica showed cytotoxicity against Artemia salina (shrimp in simulated brine water) with IC50 values of 1.3, 10.2, and 0.61 µM, respectively. Even though Quercetin-3-O-β-D-glucopyranoside was reported to be isolated from A. indica, it was not explicitly investigated for its antimicrobial or anticancer activity (45). As other phytocompounds could also induce antimicrobial and anticancer activity, these activities were not considered for review.

Pinocembrin-7-O-β-D-glucopyranoside was also reported to be isolated from Penthorum chinense Pursh aerial parts (42), Viscum articulatum whole dried plants (53), leaves of Loranthus kaoi (Chao) Kiu (47) and Elytranthe parasitica (L.) Danser (EP) (54). Though pinocembrin-enriched fractions of E. parasitica showed potential anticancer activity, Pinocembrin-7-O-β-D-glucopyranoside was never specifically investigated for its anticancer activity (54). Thus, this activity was not included in the review. Pitheduloside G was also reported to be isolated from the seeds of Pithecellobium dulce (55).

5. In-silico techniques for repurposing BACs isolated from A. pennata

In-silico techniques have been increasingly used in the field of pharmaceutical research. Computational approaches such as molecular docking, molecular dynamics (MD) simulations, calculation of binding free energies with molecular mechanics (MM)- generalized born surface area (GBSA)/Poisson Boltzmann surface area (PBSA) approaches are popularly used to study the binding affinity, molecular interactions, and molecular mechanisms of chemicals against drug targets (56,57). Computational techniques can also be combined with in-vitro and in-vivo studies (58,59). However, there should be some similarities in the models used for the in-silico and wet lab studies. For example, in the case of antidiabetic evaluation, α-amylase may be used for in-silico and in-vitro studies (58). Also, in the case of cerebroprotective studies of chemicals, biomarkers such as interleukins or tumor necrosis factors may be used for in-vivo and in-silico studies (59,60). It is considered illogical to randomly apply in-silico models that do not correlate with in-vitro or in-vivo models.

Drug repurposing is investigating a compound for other therapeutic purposes than what it was initially intended for (61). Researchers have used in-silico techniques to repurpose phytochemicals that are present in Indian spices as inhibitors of the main protease (Mpro) and papain-like protease of severe acute respiratory syndrome coronavirus 2 (SARS-CoV-2) (62). Food and Drug Administration-approved drugs were also repurposed for a popular drug target of Plasmodium falciparum, dihydrofolate reductase thymidylate synthase (PfDHFR-TS) (63). Molecular docking and MD simulations were used to screen phytocompounds for their potential application in treating cancer (64,65). The phytochemicals in antiviral medicinal plants such as Baccaurea ramiflora and Bergenia ciliata have been studied with molecular docking, MD simulations, MM-GBSA calculations, and density functional theory studies to investigate their inhibitory potential against SARS-CoV-2 Mpro (66). Bioactive molecules of a traditional Ayurvedic herbal formulation were repurposed to inhibit SARS-CoV-2 Mpro (67). Many researchers are applying in-silico techniques to discover new molecules for therapeutic applications.

Of all the phytocompounds present in A. pennata, isovitexin was found as the most promising phytochemical, with the potential to inhibit the viral replication of SARS-CoV-2 as well as to prevent the cellular entry of SARS-CoV-2 by binding to active binding sites of SARS-CoV-2 Mpro (Figure 2) and furin (Figure 3). In-silico ADMET screening was executed, and it computed isovitexin as a safe, bioavailable, and non-toxic phytocompound (68). In another study, the flavonoid phytocompounds of A. pennata were studied for their potential antimalarial activity by targeting the PfDHFR-TS of P. falciparum. Molecular docking with two different virtual screening tools, in-silico ADMET screening and bioactivity prediction, revealed pinocembrin-7-O-β-D-glucopyranoside as a promising lead compound for inhibiting PfDHFR-TS (Figure 4) (69). These in-silico studies support the claim that computational techniques can be used to repurpose the isolated BACs of A. pennata for other health ailments. In-silico techniques can also be used to study the molecular interactions, hypothesize the molecular mechanisms, and determine the inhibitory potential of the isolated BACs against multiple drug targets.

A. pennata is a Southeast Asian medicinal plant with a diverse range of biologically active compounds. This explains the traditional use of A. pennata for 25 different health ailments. The biological activity of 7 phytocompounds that remains unexplored may be investigated in the future. In-silico techniques can be applied to investigate the potential activity of the 7 phytocompounds whose activity remained unexplored. Moreover, the 22 BACs may also be repurposed for other health ailments. Before wet-lab studies are carried out for repurposing, the potential activities of the 22 BACs may also be investigated with in-silico techniques. This comprehensive review provides an update on all the pharmacological works carried out on the isolated BACs of A. pennata to date. This review will benefit researchers working in the field of natural products.

The author acknowledges and gives the warmest thanks to all seniors for their assistance and for their help in writing the manuscript. The author also thanks the faculty of the JB Institute of Pharmacy and a close friend for their continuous support. The author is grateful to all family members (especially parents) and expresses the highest gratitude to them.

The author declares no conflicting interest.

22.       Yodsaoue, O. Chemical Constituents from the Roots of Caesalpinia Mimosoides and Caesalpinia Pulcherrima and Their Anti-Inflammatory Activity, Prince of Songkla University, 2012. Dissertation.

Please reach us on the social media below.